What is Hakone Gora Park? 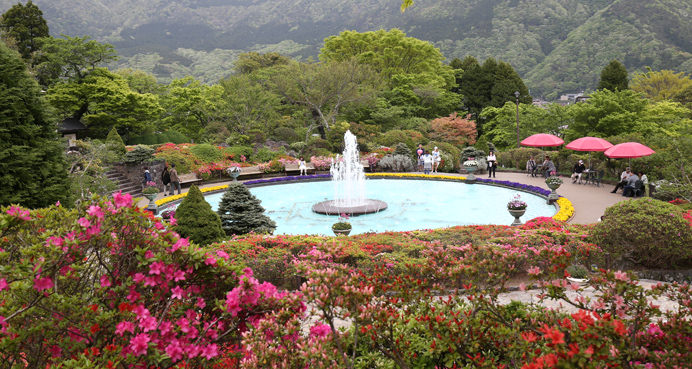 Japan’s first garden in the French style, opened in 1914 in Gora, the terminus of the Hokone Tozan railway line. French style formal gardens are usually on an expansive plot of level ground, with ponds and other features in symmetrical geometric shapes, but Gora Park is built on a slope. The wide-open space of the park, surrounded by mountains and open skies, is famous for its multitude of flowers. The park offers a range of facilities, such as the Tropical Plant Pavilion, a tea room, workshop studios, giving visitors a host of different experiences in the one place.

The beauty of the four seasons 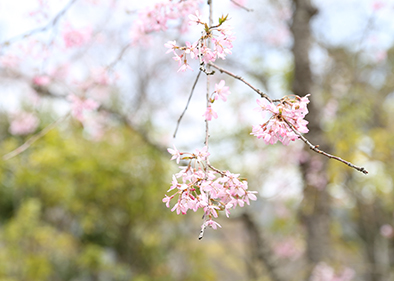 Spring - the most colorful time of year, when cherry blossoms flower in early April, followed by azaleas and numerous other flowers, and the trees come into leaf. Bring a picnic on a sunny day and enjoy the floral vistas.

From late June to late July, the hydrangeas take center stage, flowering in a multitude of colors all over the park. It is a cloudy and rainy time of year, but you can go for an atmospheric walk. In August, after the rainy season, we enter summer holiday mode, the liveliest season in the park. Numerous events take place at this time of year. Come to the watch to a specatular firework display and experience the 大 (dai) Chinese character shaped bonfire, summer events which take place every year on August 16th.

The heat is less intense in this season. The autumn cherry blossom, which begins to flower in October, blends with blazing red maple foliage in early November to create a stunning spectacle. The view of the autumn foliage from the HAKUUN-DO tea garden is beautiful – a Japanese aesthetic with a long history. 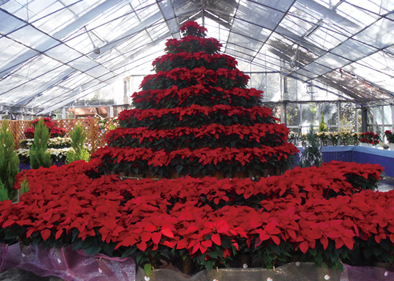 December brings a feel of Christmas: the poinsettia Christmas tree, Christmas lights etc. If it snows the world turns silver and it really feels like winter. On a sunny day the clear winter air gives spectacular views over the sea, a real winter landscape for visitors to enjoy.

The history of Hakone Gora Park

Hakone Gora Park was built just before the Yumoto – Gora mountain railway was designed by the Odawara Electric Railway Company (the predecessor to the Hokone Tozan Railway), originally conceived as a symbol for Gora, the terminus of the future mountain railway. The total area of the park, which is located in the center of Gora, was 36,400m², 9,900m² on higher ground devoted to the Japanese garden, and 26,500m² on lower ground given to the French formal garden. The Japanese garden section is now the site of the Hakone Museum of Art, and the lower ground on the other side of the road is the current Hakone Gora Park.

The park, originally designed by Shichigoro Isshiki, one of the leading landscape designers of his generation, is famous for its layout – a symmetrical design with a pond and fountain in the center. Western architecture and landscaping were popular in Japan at the time, and many examples still exist, such as Tokyo Station, parts of Meiji Jingu Gaien Park and parts of Shinjuku Gyoen Park, but Hakone Gora Park is the most important example as it is the only park which has survived in its entirety. 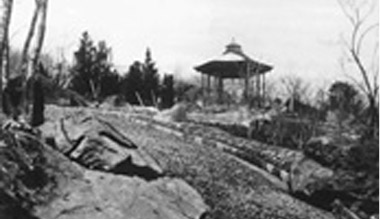 The bandstand as it was when the park was first opened. A rather bleak place on top of a huge rock. 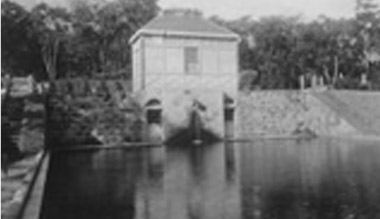 The pool when the park first opened. It no longer exists - this is now the site of the CRAFTHOUSE.

The mysteries of Hakone Gora Park