Click or tap the station name or number for more information

A dual gauge railway system is one that allows for the passage of trains that use different track gauges (spacing between the tracks.) The Tozan train track has wide spacing (standard gauge), and the Odakyu train track has narrow spacing (narrow gauge). On March 18th, 1981, the schedule changed so that all trains between Odawara and Hakone-Yumoto became Odakyu trains. On that day, the dual rail system was effectively abandoned. However, as the Tozan Train’s garage is in Iriuda, a 1.9km stretch of the dual gauge railway system remains from Iriuda to Yumoto to this day. The Tozan Railway uses same the technique found in Japan’s longest dual gauge railway system, the Yamagata Bullet Train, as a base.

This railway bridge was the biggest obstacle during the construction of the Tozan Railway. As the terrain where this railway bridge is located was very difficult to work on, 43 scaffolds were required to reach the bridge from the river during construction. As there were not enough materials available to complete this bridge after World War I, the workers reduced their salaries and a portion of the Tenryugawa Bridge was used to complete the Deyama Bridge in 1917. The historical importance of this bridge was recognized on February 19, 1999, when it was registered as an important cultural property. The mountain bridge is the most famous part of the Hakone Tozan Railway. You’ll cross it in an instant, so keep your eyes peeled.

There are many wild animals in Hakone. Rabbits, Japanese raccoon dogs, squirrels, as well as wild boars, may make an appearance along the Tozan Railway. One of the spots where wild boars may appear is around Miyanoshita. 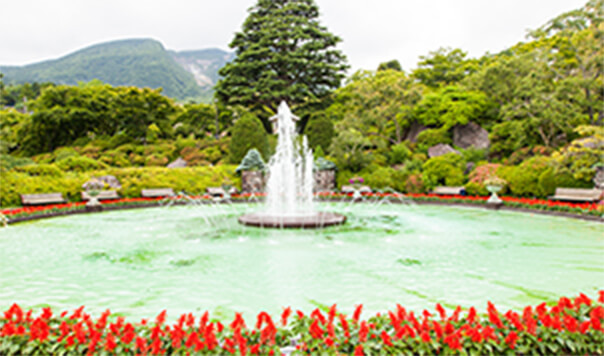